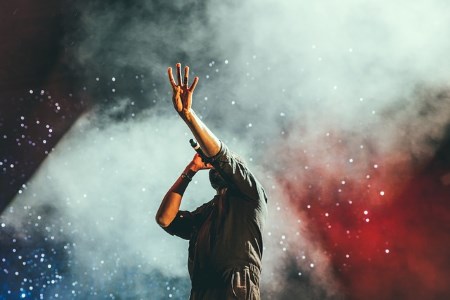 During the summertime, many communities host free or very cheap music festivals for their residents to enjoy. These can be the highlight of the summer, but a lot of people either don’t know when they’re going on in their community or don’t think that they are worth attending. Even though a festival like this is usually free, it doesn’t mean that it’s not a great time.

Some cities have certain themes that they like to return to year after year. The type of music will depend on where you live. For example, some cities sponsor country music festivals, or blues, jazz, or rock. Some have classical music themes. You will also see bluegrass, R&B, or even rap. It all depends on the city and what they are looking for each year.

For some, you already know how much fun a free festival can be. A lot of families make it a yearly tradition to attend these. Sometimes groups of friends will reunite on a yearly basis at these events. They are easy to get into, there’s as little cost as you want there to be, and they are a lot of fun.

If you’ve never been to one, what are you waiting for? Check out your city’s summer schedule to see if there are any festivals scheduled. If there aren’t, look at cities nearby to see what’s going on. There’s almost always something within easy driving distance that will be worth attending. City websites, newspapers, and local advertisements can let you know what’s happening near you.

It’s really easy to doubt the quality of the music that will be performed at a free festival. We have a longtime association with price and quality. If something is expensive, it is likely going to be a higher quality product than something that is cheap.

And while it is quite possible to have a free festival that has horrible music and unprofessional artists up on stage, that is very rarely the case. Yes, you’re not likely to see current A-List musicians playing at a free show, but you will get some big-name talent from the past, along with up and coming stars. Free doesn’t need to equal bad.

It’s also worth noting that these free concerts and festivals are not necessarily free. First, the city or whoever else might be sponsoring the event has more than likely paid the bands that will be performing to play.

Also, there will be expenses, even if admission to the show is free. Food trucks, entertainment, souvenirs, and other booths are usually set up during these types of events. Depending on the city you’re in and what their policies are, there might even be a beer tent or two set up. These vendors usually have a space fee that they will pay the sponsor. When you buy something from one of these vendors, your money is helping to pay for the festival.

So, what do you get out of it? You get music, food, fun, and friends. And even after you take into account your meals and anything else you might have purchased, you’re going to spend a lot less than if you had attended one of the major festivals out there. No, there won’t be overnight camping or any of the fun that’s associated with that, but that’s not the only reason to attend a festival. You’ll get to see your city in another way, enjoy some live music, and hopefully be able to hang out with friends.

A free festival might not sound like a great time at first, but in the end, it is a cost-effective way to enjoy a weekend out on the town.

Take in the News